Denham Mining supports experienced mining management teams and entrepreneurs with capital to execute and complete their business plan and strategic advice to ensure their success.

The ability to source sufficient capital is critical to seeing a project all the way through completion. The ability to partner with a capital provider that has a deep technical and commercial understanding is critical to ensuring the success of that project. The Denham Mining Team focuses on being a value added partner that can provide the capital and strategic advice that a talented management team needs to succeed in the challenging and competitive business of mining.

We believe in fostering communication with our stakeholders, including members of the public. To submit comments, questions, concerns, grievances and feedback in relation to the conduct of Denham and our portfolio companies, please contact the ESG team.

Our investment effort spans the mining value chain and encompasses a wide range of business types, strategies and geographies. 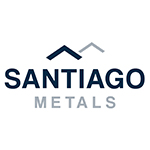 Auctus Minerals is a Perth-based company focused on developing promising projects into production and improving the economics of operational mining assets throughout Australia. It targets opportunistic projects that are either near production or development-ready.

Mining Ventures Brasil is engaged in the identification and exploration of highly prospective mining areas in Brazil. The company is currently focused on development of its heavy rare earths project in Brazil.

Pangea Exploration targets resources throughout Africa and is engaged in the acquisition of mining assets across all stages of the project life cycle.

Pembroke Resources is an Australia-based company focused on the acquisition and development of a portfolio of high quality, metallurgical coal assets in the Asia-Pacific region. Stuart Porter is a Founder, Managing Partner and serves as the firm’s Chief Executive Officer and Chief Investment Officer. Stu brings over 29 years of senior investment experience to Denham. Stu serves on the Investment Committee and Valuation Committee.

Prior to founding Denham, Stu was a founding partner of Sowood Capital Management LP and, prior thereto, was employed as a Vice President and Portfolio Manager at Harvard Management Company, Inc. where he focused on public and private transactions in the energy and commodities sectors. Stu previously worked for Bacon Investments and at J. Aron, a division of Goldman Sachs. While at J. Aron, he worked on the Goldman Sachs Commodity Index desk. Prior to joining J. Aron, Stu was a self-employed trader at the Chicago Board of Trade and was employed by Cargill Incorporated in Minnetonka, Minnesota in the Financial Markets Division. 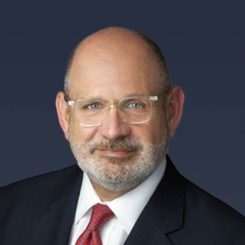 Carl Tricoli is a Founder, Managing Partner and co-heads the firm’s Mining team. He brings 36 years of experience to Denham and is a member of the Investment Committee and the Valuation Committee.

Prior to joining Denham in 2004, he served as President of GeosCapital (a J.M. Huber Corporation), after serving as Vice President for Enron North America, Managing Director of Koch Producer Services, President of Black Hawk Resources and Managing Director of Corporate Finance for NationsBank Capital Markets. Carl serves as a member of the Board of Directors of Tremont Master Holdings, Ltd. and Mining Ventures Brasil Ltda.

Carl received a Bachelor of Arts from the University of Texas at Austin and a Master of Business Administration from Cass Business School in London. 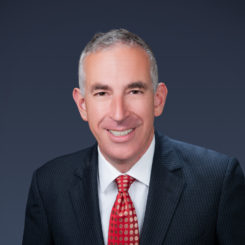 Bert Koth is a Partner in the Mining Fund of Denham Capital. Bert is responsible for origination, analysis, structuring and execution of investments for the Mining Deal Team. He brings 21 years of experience to the firm and is a member of the Fund Investment Committee. He speaks English, German, Spanish, French and Russian.

Prior to joining Denham, Bert worked at BHP Billiton, ING Barings, and Deutsche Bank. He currently serves on the Board of Directors of Tremont Master Holdings Ltd., Pembroke Resources and Auctus Minerals.

Bert received a graduate degree and a PhD in Business Administration from the Vienna University of Economics, Austria. 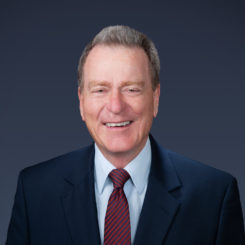 Rob Still is currently Chairman of Pangea Exploration (Proprietary), Ltd., which provides information and analysis to Denham’s African mining platform. He brings 28 years of mining experience to the firm and is a member of the Fund Investment Committee.

Prior to Pangea Exploration, Rob has been involved in the mining industry worldwide, from discovery to production, and has held executive and non-executive directorships in companies listed in South Africa, Australia, Canada and the United Kingdom. He has participated in the evaluation and/or development of several new mining projects and companies including Rhovan (vanadium – discovery to production), Ticor (mineral sands – discovery and evaluation), Pangea GoldFields (exploration and discovery), Southern Mining Corporation Limited (mineral sands – Corridor Sands), Metorex Ltd (copper – turnaround) and Zimplats (platinum – discovery to production). Rob began his mining career in 1987 when he co-founded Rhombus Exploration, a JSE junior. Prior to 1987, he was a Partner at Ernst & Whinney (now Ernst & Young). Alex Deng is a Director, responsible for financial modeling, execution and monitoring of investments. He brings five years of experience to the firm.

Prior to joining Denham, Alex was an Analyst in the Global Metals & Mining Investment Banking Group of Canadian Imperial Bank of Commerce (CIBC) World Markets in Vancouver and Sydney.

He holds a Bachelor of Commerce degree in Finance and Real Estate from the Sauder School of Business at the University of British Columbia. 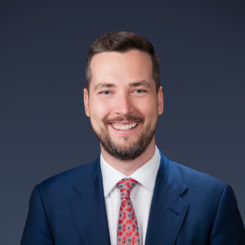 Justin Machin is a Director at Denham Capital, responsible for origination, analysis, structuring, execution and monitoring of its Mining investments. He rejoined Denham in 2018.

In addition to his prior experience in Mining Private Equity at Denham, Justin spent several years with Waterton Global Resource Management in Toronto. Previously, he also spent a number of years in Mining Investment Banking, working as an Associate in the Global Mining Mergers & Acquisitions Team at Standard Chartered and as an Analyst in the Global Mining Corporate Finance Team at National Bank Financial. He currently serves on the Board of Directors of Serra Verde Rare Earths and Santiago Metals I & II.

Justin holds an Honours Business Administration degree from the Richard Ivey School of Business at the University of Western Ontario. 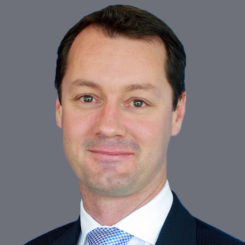 Matthew Pedley is a Director, responsible for origination, analysis, structuring, valuation and execution of investments for the Mining Deal Team. He brings 18 years of experience to the firm.

Prior to joining Denham, Mr. Pedley was the National Director of KPMG’s Australian Mining M&A team based in Perth, Australia where he focused exclusively on the metals and mining industry. Prior to KPMG Corporate Finance, he worked on the Resources desk at Evolution Securities (London) and in the corporate division of an Australian stockbroker. He currently serves on the Board of Directors for Auctus Minerals and Pembroke Resources.

Matthew received a Bachelor of Commerce (Accounting and Finance) from Murdoch University and a Graduate Certificate of Applied Finance and Investment from the Financial Services Institute of Australasia. Herculus Jacobs is the Chief Technical Advisor for Denham Capital, responsible for technical due diligence, assessment and monitoring of its Mining investments. He has worked with Denham since 2016 and brings 24 years of experience to the firm. Herculus grew up on a large mine in South Africa and as Anglo-American PLC bursar and later graduate, he started his career at that firm’s Gold and Base Metal divisions. Herculus’s experience spans from start-ups to major mining companies and across a diverse range of commodities, geological settings, mining, processing and marketing requirements. Herculus has led and participated in project development, building mines, providing technical oversight, performing techno-economic due diligence and advising on minerals and metals projects and operations globally.

Herculus holds a Bachelor’s Degree in Metallurgical Engineering, is a Registered Professional Engineer with the Engineering Council of South Africa, Fellow of the Southern African Institute of Mining and Metallurgy and Member of the American Society for Mining, Metallurgy and Exploration.  Mr. Jacobs’ services are procured via a Sub-Advisory Agreement with Denham. Cam Dowle is an Associate, responsible for financial modeling, execution and monitoring of investments. He brings over two years of experience to the firm.

Prior to joining Denham in 2018, Cam was an Analyst on the Metals and Mining investment banking team at PI Financial in Vancouver. Cam earned a Bachelor of Applied Science in Mining Engineering from Queen’s University in Ontario. Jackson Wood is an Associate, responsible for financial modelling, execution and monitoring of investments. He brings over three years of experience to the firm.

Prior to Joining Denham in 2020, Jackson was an Analyst in the Mergers & Acquisitions team at IGO Limited, an ASX listed nickel and gold producer.

He holds a Bachelor of Commerce degree majoring in Finance and Economics from The University of Western Australia.